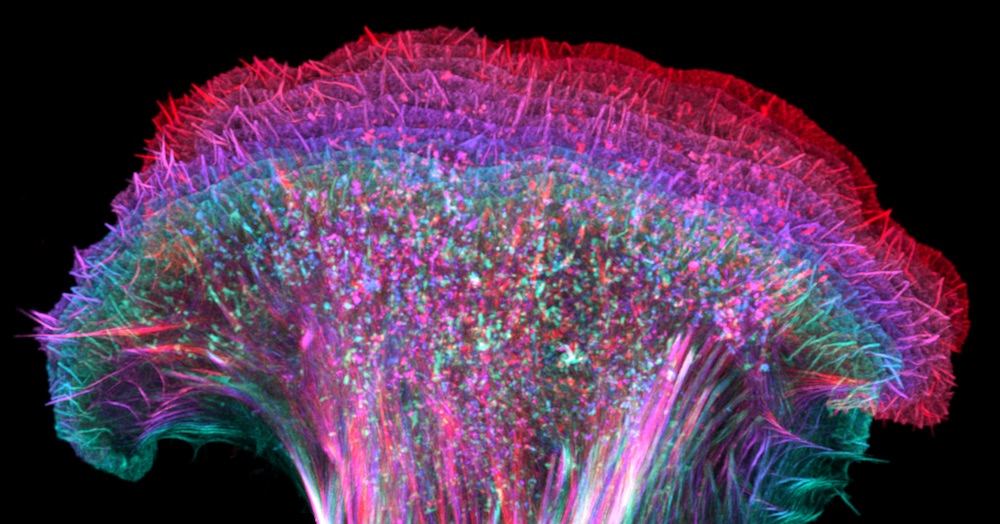 A Cell of Ice and Fire by Nikki Paul, Beatson Institute, Glasgow 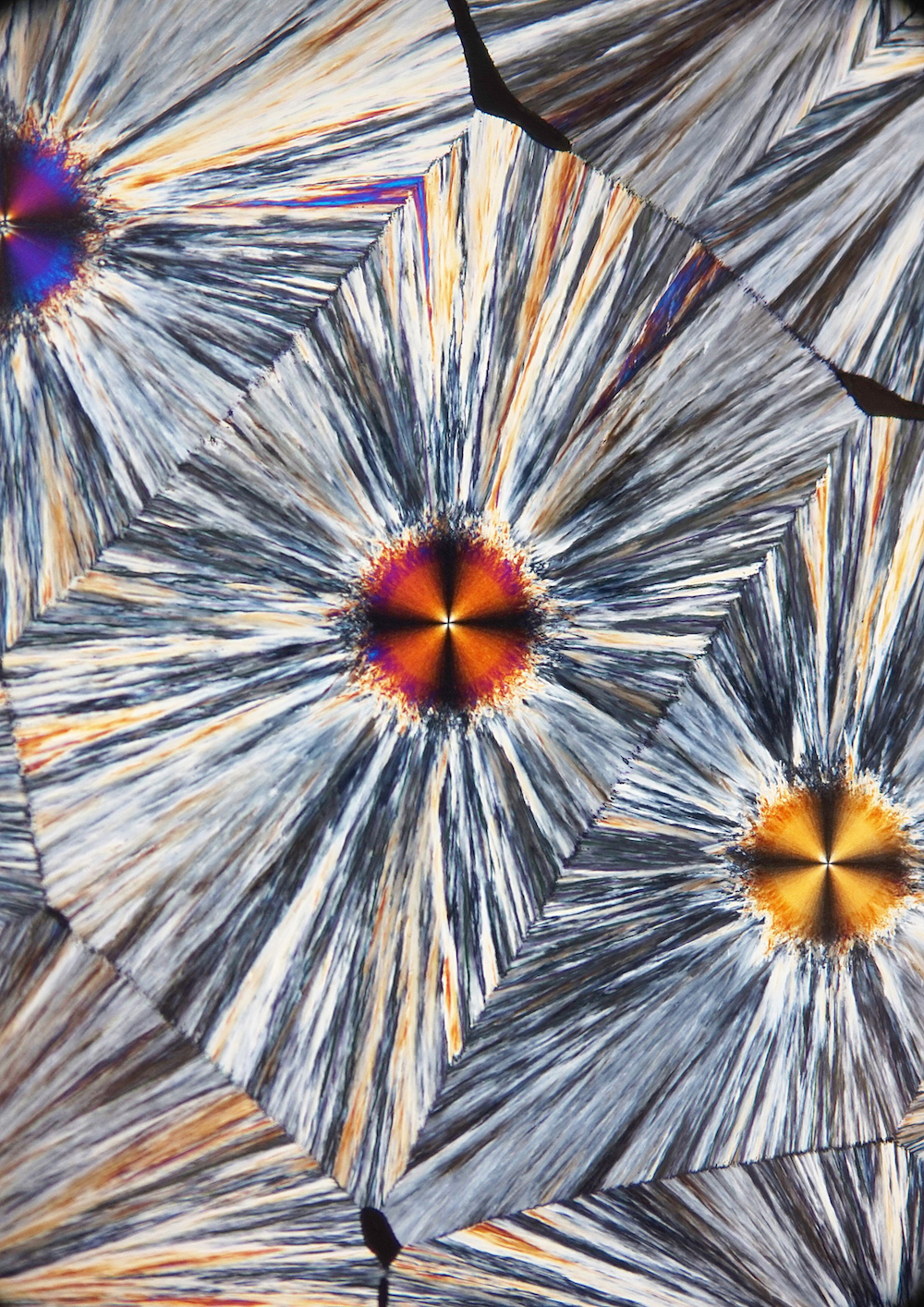 When n-butanol is supercooled to 140K, an unusual phase transition occurs. Spherical droplets of a new phase start to grow, however their exact nature has been the subject of much debate. It was postulated that these droplets contain a mixture of nanocrystals and untransformed liquid, and were the result of ‘aborted crystallisation’. However, we show that these droplets are in fact a unique liquid-crystalline state that geometrically ‘frustrates’ the formation of the crystal phase. This image shows what happens when the temperature is raised after the droplets have grown to around 150 microns in diameter: the surrounding liquid crystallises as expected but the droplets do not, and even prevent crystals from penetrating the droplet. The image was collected on a Nikon Eclipse 50i microscope equipped with a 20x objective and using cross polarisers.